The Way of the Dodo Bird; Print Media

"I believe they, and all forms of print, are dead. Finished. Over. Perhaps not in my professional lifetime, but certainly in that of the youngest people in this room"--Dan Okrent, Editor for Time, Inc, in his lecture "The Death of Print Media?" (2000)

In the days of figuring out which direction a liberal arts degree in English would take me, a decision to take up several Journalism classes nearly shaped a major in the field.  The idea that words needed to be structure into fact and presented in a format limited to space was like a Marine drill sergeant barking out discipline to the fragmented pseudo-poetic and public schooling influenced writing style in my early 20's.

Inspired by this writing discipline and career calling, I rounded up a few anti-Reagan cohorts, rustled up a manually operating printing press then launched an anti-establishment paper appropriately called Sparks.  Whether the topic was supporting the El Salvadorian FMLN or a column featuring "Ask Ol' Joe", the paper hit the campus with resounding "thwack" as the paper provided an alternative viewpoint to the mainstream campus newspaper.

Life was good with four issues out until one day I found sitting next to a Physics major named Gus. With his black horned rimmed glass and an appearance that had rooted ancestry to modern-day hipsters, Gus started a conversation about technology and how it will change our lives; what else does one do on a morning of cutting classes, drinking six cups of coffee and smoking cigarettes? "Are you familiar with a network interfacing linking all computers? It is called the World Wide Web?" Asked Gus.

With caffeine ripping through my brain causing heightened sensitivity,  I feigned knowledge. "Why sure; its all part of Richard Nixon's attempt at spying on the nation. It was called the Wire Nation plan-".

Gus dismissed it. "No, this is real and happening right now." He then proceeded to tell me about how we will all be able to sign into it, access information, share and communicate ideas by it. "It'll change how we do everything." He proudly exclaimed.

I dismissed it. "Yeah, well, that sounds like Nixon's plan."

The conversation stuck with me for the rest of the day. A week after this discussion, I walked away from Sparks and the following semester I switch my major back to Creative Writing.

Much to my financial chagrin I did not have a Mark Zuckerberg moment, but recognized the "Web" was for real and felt it was the way of the future, of how we will communicate and, yes, share ideas and news with each other. Most importantly, I realized all that we were learning about communication in the early 90's could very well become obsolete by the 21st century.

The modern-day "birth" of the Internet is not known. The US government began to research ways to build network exchanges between computers in the 60's ( Richard Nixon, anyone?) with most commercial research occurring throughout the 80's and firmly established by the mid-90's as according to the National Center for Educational Statistics, Internet Access in Public Schools and Classrooms 1995-2005, indicating the use of Internet in classrooms went from 3% in 1995 to 92% in 2002. After an online social page from Harvard became a household name by 2007, the Internet was fully entrenched into our daily lives and Gus' prediction, inevitably, proved right.

Most importantly, an entire generation has now become dependent on the Internet to conduct almost every facet of their lives including how they obtain their information and news. For a Millennial to read a newspaper from front to back is as unlikely as it was for Galileo to rely on a Bible for charting the solar system.

As the 21st Century awaits the death of print media, interesting questions are raised for theater companies as they place value on the influential marketing impact of this dying medium for a new generation, and, additionally, does this unimportance effect the individual who's career it became to write reviews for this Dodo bird.

According to a Communic@tion Management Inc. report, daily and Sunday papers saw a nearly 60% to just above 30% decline in paid household circulation from the period of 2000 to 2013.  Conversely, in a Mediabistro.com report, usage of social networking tools being dominated by the age group from 18 to 49. A 2012 Poytner online article by Jeff Sonderman, "The one chart that should scare the hell out of print media" shows a rapid decline in print media revenues from 1996 to 2009 with the Internet rising and surpassing in 2008. Sonderman also points out the decline of advertisement spent on print and radio revenue with TV, Internet and mobile saw a dramatic increase in spending.

If both print-media circulation and spending on ads are down indicating a shrinking market of users, and if Internet use is on the rise among an younger generation, how can a theater company effectively gage where to spend marketing dollars.

Bigger budgeted companies can afford to take out print media ads, so the cost is worth the exposure even if readership is dwindling, but is this an effective use of resources and is this fully understanding the type of age demographics targeted by these ads. Yes, if the ads are bringing in a diverse mix of older individuals who read print media and millennials who are reading about the company via Facebook.

That is the risk and reward, but for companies who do not have the resources are at print media editor's benevolence for exposure. With that, for a company targeting a younger audience base, does it matter whether or not a presumed older demographic reading a newspaper knows about a production. Ideally, yes, because the exposure could potentially sell tickets, increase patronage and build audience diversity.

Potentially, but that is giving too much empowerment and credit to a dying medium. With an increasing amount of online media sources, multiple social media sites and good ol' fashion email blasts, a company can hone in on building patronage based on their creative vision and not diversity.

So where does that leave the raptor offspring of the dodo bird known as the print media critic?

If readership is shrinking and is an older market, who exactly is the critic trying to write for and what theaters should be reviewed? Additionally, in the age of Yelp, Facebook and other means of online public opinion sites, how much weight does a print media critic carry? That review is stagnate whereas public opinion sites offer ongoing critique that aids in countering negative reviews.

Editors may argue that the critic is providing "news" to the masses and without the review folks would be uninformed about theatrical productions, or that those offering blogs or posting online reviews on social media lack any knowledge or expertise of the subject.

Theater journalist Keith Tomasek confirms this in a 2012 Huffington Post blog post Theatre Reviews Need More Than a "Like" "As much as I believe that more than one or two people attending a performance might have important and interesting interpretations of the show, I value the knowledge and expertise of the professional critic." Tomasek continues.  "For example, amateurs, publishing hasty, post-show "thumbs up" type comments online, are rarely able to differentiate between an ambitious performance that fails and a smaller scale show that succeeds in its humble aims."

Not so, according to online blogger (and Boston theater reviewer for 40 years) Jack Craib, of South Shore Critic. “I love theater and I try to be positive in my approach,” Craib quoted in an online Boston Globe article. “I see my role as promoting theater and I’m rarely overly negative. Luckily, there are some great companies in the area, and most of what I see is very good.”

Perhaps the over-enthusiastic audience member will get carried away with a tweet, a Facebook post goes above and beyond reason, or the Yelp company review page is flooded by posers, the use does not devalue the importance of social media influencing the demise of print-media and the critic's importance in shaping public opinion.

Some are more accepting of the fate of print media by understanding the power of utilizing the Internet by professional journalists, artists and the theater going public. "Already some artists and critics are benefiting from interacting with theatre lovers who relish Twitter, blogs, and Facebook posts by opening dialogues directly with them." Said Keith Tomasek. "This could be bad news for marketing professionals who earn a living manufacturing popularity, but good news for artists, audiences and professional critics who might reclaim some of the authority that was lost during the rush to social networks."

No matter what rationalizing pleas remain, print media will inevitably become extinct. Responsively, theater companies should then dramatically shift using financial resources for advertisement in newspapers and seek out online sources of social media including discovering ways of creating new means of marketing and promotion once found effective in print media.

Otherwise, companies will join the dodo bird and print media in relevancy. 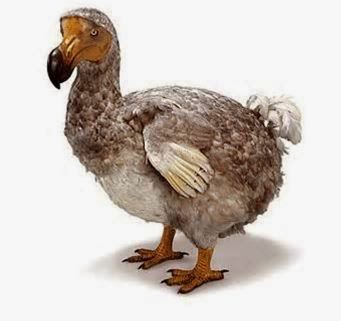 Posted by Matthew LaChiusa at 7:42 PM

Come Blog With US

The Voices of WNY Artists

Promote Your Page Too